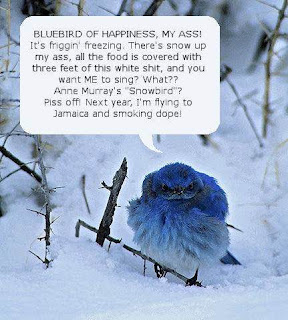 Posted by Maureen at 9:33 PM No comments:

Wishing you and your  Family
a Healthy, Happy and Merry Christmas 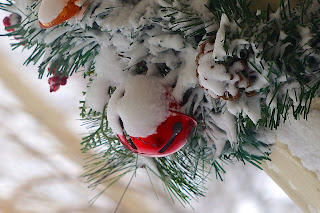 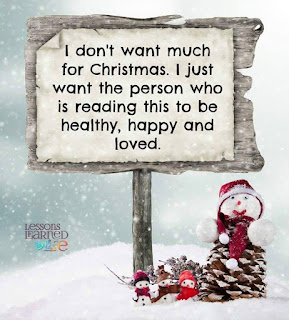 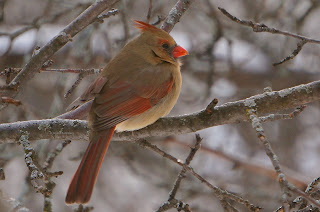 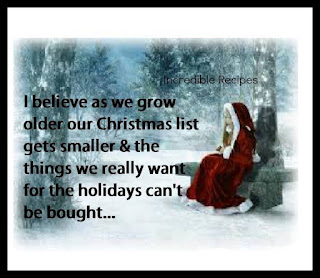 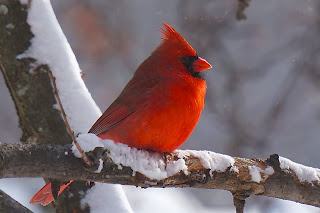 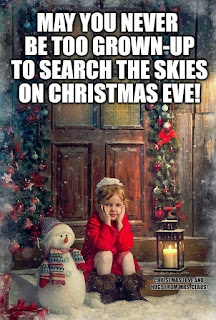 Posted by Maureen at 9:16 PM No comments:

The bird feeders were a busy place during our first blizzard of the season on December 15th. The competition was fierce as they were all wanting to fill up so they had energy to keep warm from the biting winds and blowing snow. It was quite interesting to watch them appear about every two hours fill up on sunflowers and disappear into the  cover of the evergreens. There were a few times during the later part of the day when the sun would try and break through the clouds and it gave me an opportunity to get a few photos with good lighting on the American Goldfinch. 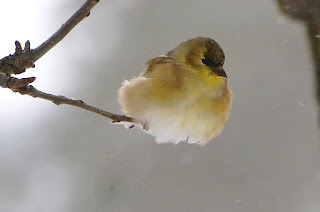 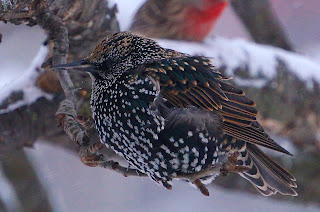 Even the European Starlings were visiting 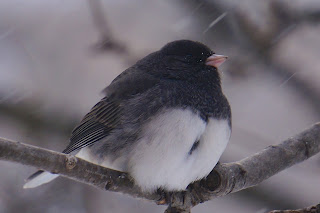 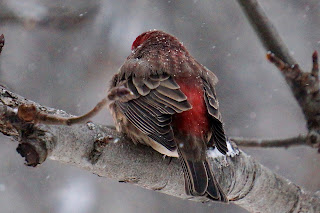 House Finch with its back to the wind 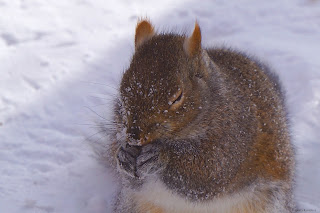 The only squirrel to brave the weather and visit 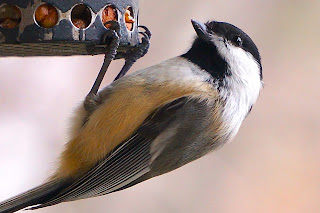 A little more sheltered on the porch 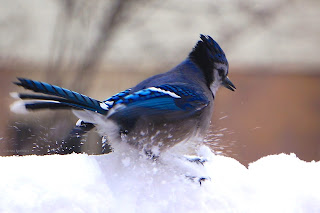 Coming in for a landing 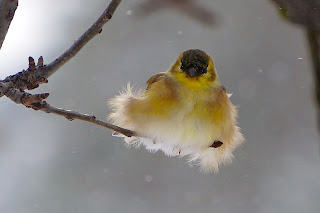 Its a little windy out here 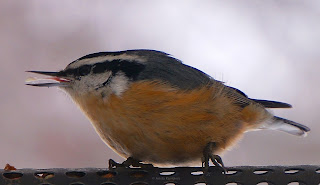 A piece of peanut on the end of his tongue

Posted by Maureen at 9:03 PM No comments: 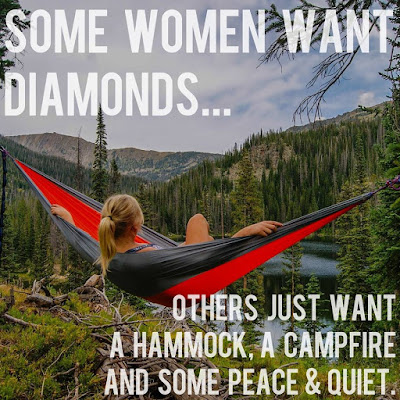 This is a photo of Brittany's mom's car. She was awakened in the middle of the night to find out that the car parked beside hers in the condo parking lot had caught fire and it ended up burning and destroying her car as well. What a sad story and what a shock it must have been. This was the comfy ride that Beth and Brittany traveled across the U.S.A in when she moved to Virginia in May. Wishing her good luck in her search for her new wheels. 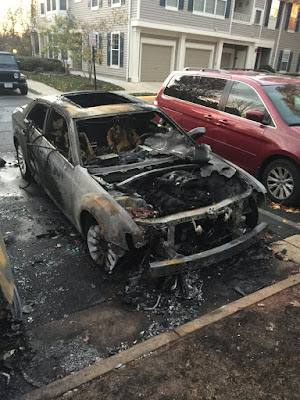 Posted by Maureen at 10:44 AM No comments:
Newer Posts Older Posts Home
Subscribe to: Posts (Atom)