This was our last weekend away for the 2014 season. One week earlier than last seasons final getaway. We did have a bit of snow just after we arrived and a group of people started singing "Let it Snow". I was thinking to myself that we really didn't want the snow quite yet! There were also times over the weekend that we had light rain and ice pellets.  When we went to get firewood for the weekend I spotted a bald eagle on a tree trunk in the channel. I told Duncan to stop so I could try and get a picture. It was about 4:30 so the light was not the greatest but I was going to try. It must have spotted me with its eagle eyes and flew to a nearby tree. I was able to take a few shots before it flew down the channel. This was my first time being that close to this amazing bird and I was astonished at how big they really are when you are that close to them. I can now say I have a photo of the majestic bald eagle even though it is in poor lighting. We enjoyed a roaring campfire in the evening before retiring indoors later that evening.
Saturday we went exploring in the park hoping to spot the eagle again but we were not successful. We also traveled into town as it was "Christmas in Grand Bend". Many of the shops were decorated for the holiday season and had specials and were serving treats as well. We both enjoyed a few treats and I picked up a couple of gifts. The evening was spent trying to burn the last of our wood so we had quite the campfire or maybe bonfire for part of the evening. The wind was doing a lot of swirling so we couldn't sit to close or we ending up in all the smoke.
When I got up Sunday morning the coals were still quite hot and I was able to get a small fire going with just that heat. We headed out to do some more exploring as the sun was shining and we decided to take advantage of that and have a late breakfast after we returned. After filling our bellies we packed up and went over to the visitors centre area before heading home from our last adventure of the year. I will miss our trips to the parks but we can still head out on day trips to spend time in nature. The weather is calling for our first accumulation of snow tomorrow so it is best that we put Georgie to bed for the winter. Before we know it we will be starting to book our 2015 adventures. I will now try to keep you updated on what is happening closer to home. Emma is growing like a weed and there will be lots of fun changes with her so I will have to do regular updates on our precious granddaughter. Wishing for a short winter season so we can get an early start to next year adventures. 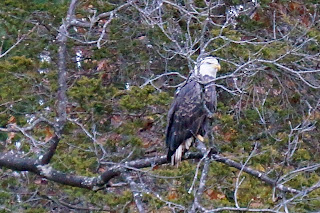 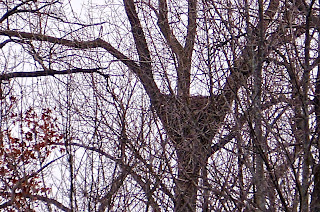 Bald eagles nest from this year in the park 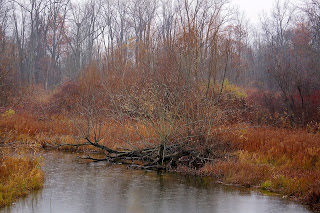 The nest can be seen in the top left side way up in a big tree.
It is a huge nest and must take much work on the eagles part to build. 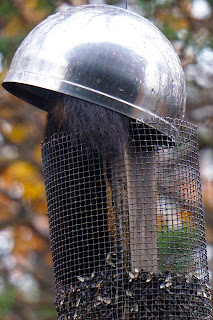 Can you spot the squirrel? 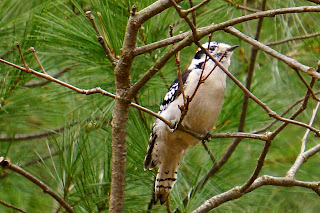 One of many downy's in the park 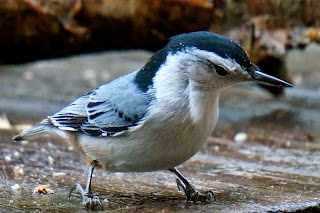 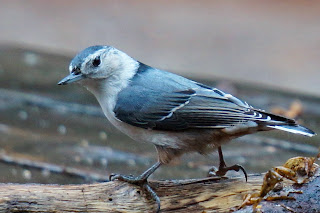 Female braving the weather for some nuts 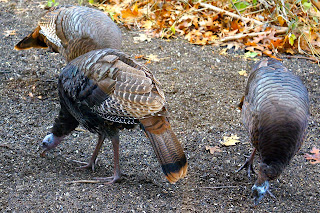 There were 6 wild turkeys looking for seeds 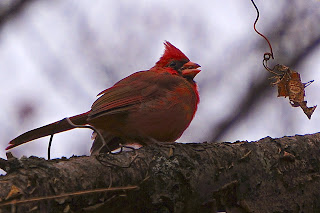 Cardinal enjoying berries by our site 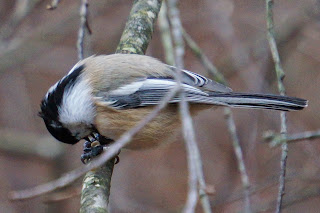 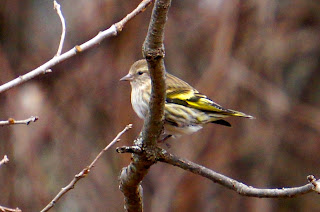 Another first, a male pine siskin 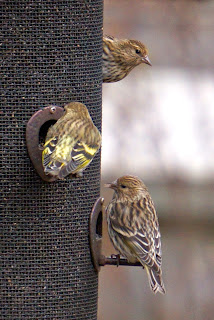 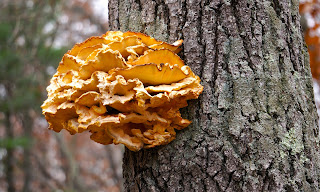 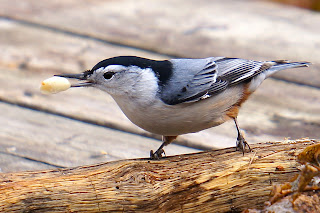 Nuthatch collecting peanuts to hide in the trees for the winter 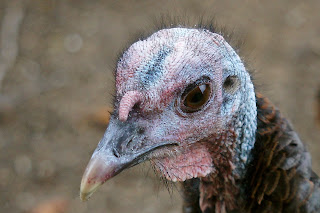 A face only a mother could love......lol 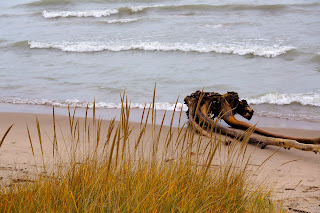 No one swimming.
Not much beach with the high water levels 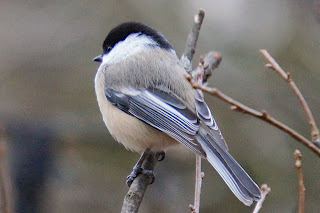 All puffed up in the cold 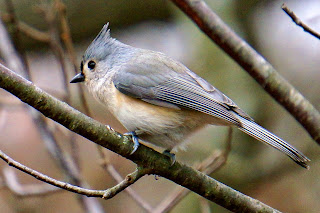 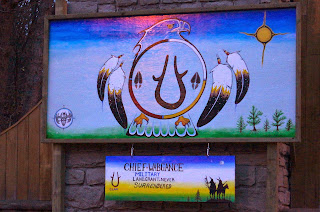 New sign erected by the natives at the park entrance.
This is part of one mans protest over land claims. 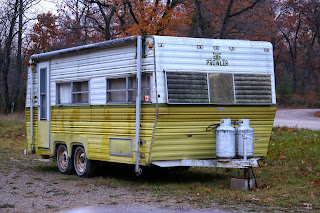 The trailer that he parked at the park near the ski hill. There was no one in it all weekend from what
we could tell. Duncan's comment was it should be in the dump as it had holes in it and is in bad shape. Maybe this was just a way to get rid of it!