Let's Go For A Walk In The Woods

On September 30th Nancy and I went for a 3 hour walk in the Rare Woods along Langdon Dr. in Blair. This was the first time we had been to these trails and it was an amazing adventure. There was a large flock of blue jays near the entrance to the trail and a number of turkey vultures circling
overhead. The forest floor was covered in very young maple trees once we descended into the valley area and we slowly made our way into more heavily forested area. We traveled through an open area and into the butterfly meadow before re-entering the forest at a pine plantation. As we traveled along we met up with a red squirrel that let us know we were not welcome in its territory but it was kind enough to stay long enough for a few photos. Some of the maple trees were huge and there we a few that grew so straight and tall that we had to get some shots of them. The butterfly meadow area had a number of sulpher butterflies fluttering about but we managed to spot one monarch that was busy collecting nectar for his journey south. Once we headed back out of the woods I spotted a larger bird sitting in a dead tree just up the road so I slowly walked that way to try and get a photo of it. The merlin was quite cooperative and I got some amazing shots of it. I must say that it really kept it eyes on me and did move a little lower in the tree at one point. After watching the merlin for a while it was time to head home. This is definitely a trail that we will visit more often now that we explored some of it. 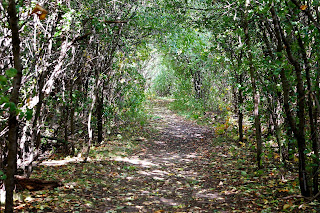 The beginning of our hike 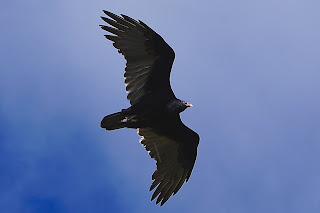 Turkey Vulture soaring in the wind 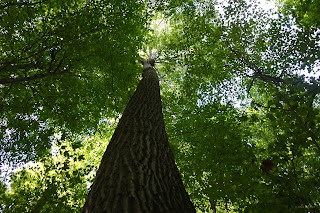 One of the straight and very tall maple trees 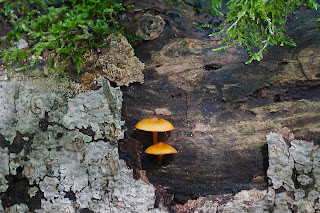 Lots of moss and fungi throughout the forest 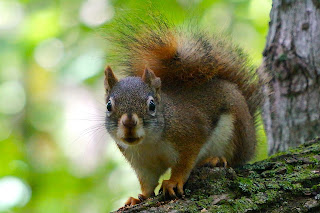 Chattering at me to move along 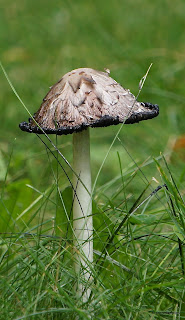 Found a number of these in the open field 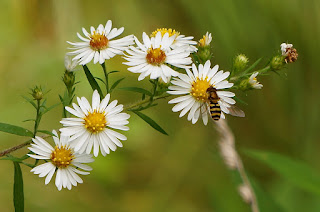 The yellow jackets were busy on the flowers 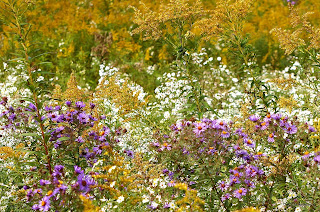 The butterfly meadow was covered in flowers 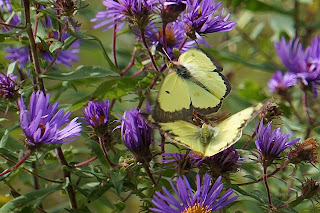 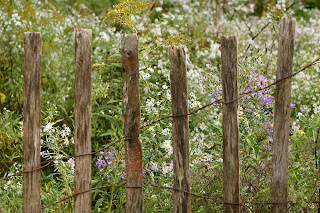 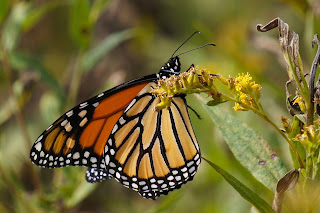 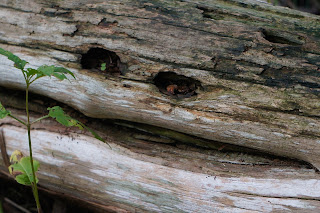 There is always something smiling in the woods 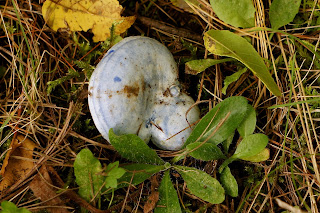 Not often you find blue fungi 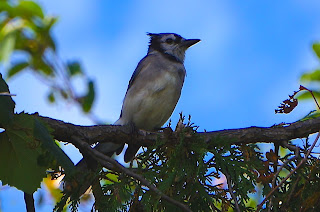 One of the many blue jays 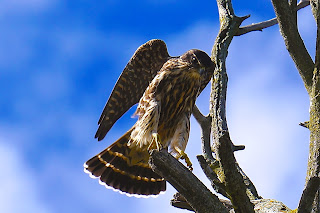 Merlin landing on a branch 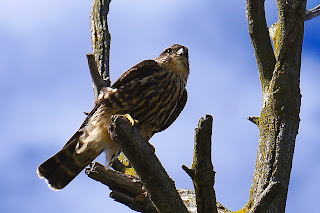 It's keeping an eye on me