Walk In The Woods

On Thursday Sept. 22 my Mom's Lunch Group went for a walk along the Grand River in Blair at the rare Charitable Research Reserve. It was a beautiful sunny day and the company along for the hike was cheerful and we had lots of laughs. I never knew that there were so many interesting things to explore on the property. Growing up near here most of this land was farm land as well as wooded areas that were privately owned so we never explored along that rivers edge. There were two young osprey that were perched on two separate nest boxes that are on the property so I was able to get a few good photos. The other ladies in the group were concerned that one of the osprey might come after me since it was making so much noise as I was taking pictures of it. It did fly off the nest but returned right back to it so I was able to get shots with its wings spread out. As we walked through we past a number of limestone cliffs and also checked out the fossils that are in the rocks that were used to build the rare slit barn on the property. It was a great adventure and we will be back there to do some more exploring. 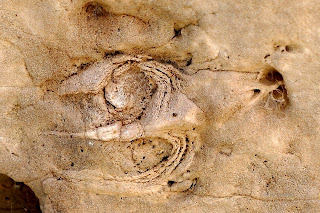 Close up of one of the fossils in the barns stone 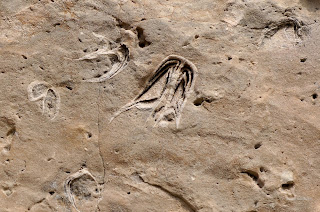 There are many stones with varying fossils 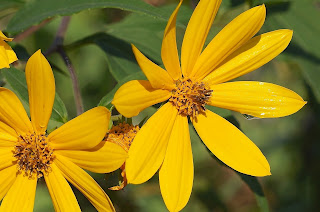 Dew drop on the flower along the rivers edge 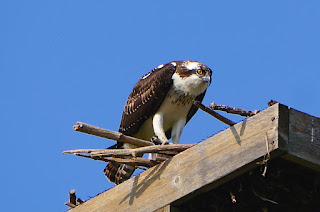 Juvenile Osprey keeping an eye on me 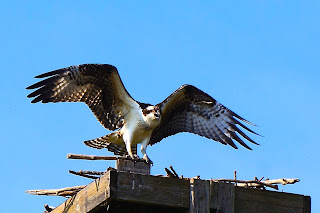 Landing back on the nest 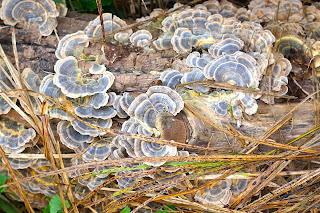 Bracket fungi down by the river 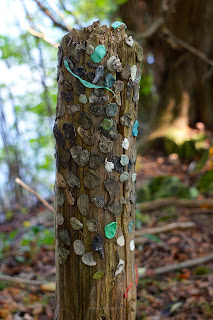 The remains of a tree covered in chewed gum
Maybe its a new kind of forest art! 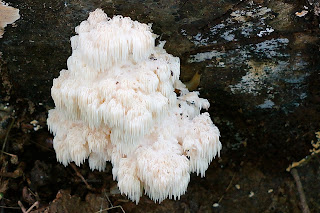 Large piece of Americanum Tooth Fungi on a fallen log 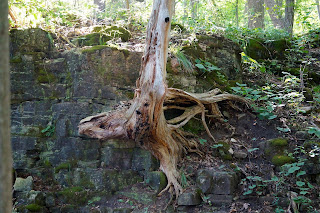 A section of limestone and rocks along the trail 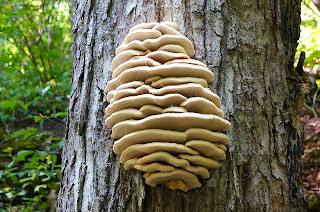 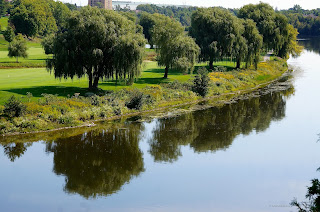 View of the Grand River 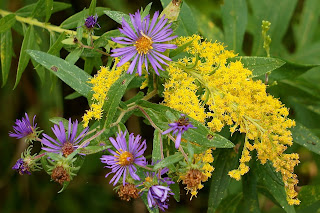 A natural bouquet at the edge of the trail 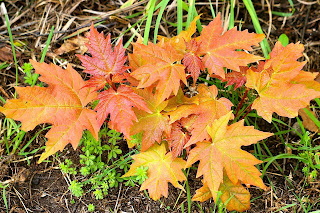 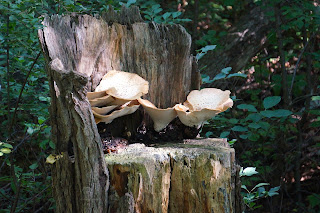 A natural log chair in the woods covered in fungi 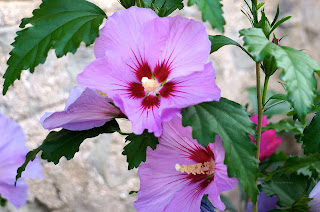