It was wonderful to be back in nature and out of the house. I had spent most of March and April stuck in the house sick. My time out was to doctor's appointments and the grocery store so to be out in the fresh air was amazing.
It was a sunny weekend except for the bit of rain we had one night. I so enjoyed listening to the birds and the sounds you hear out in the park. We enjoyed two evenings by the campfire. How I have missed the sounds of the crackling fire and the flickers of the flames.
I had the opportunity to photograph a Northern Mocking bird which was a first for me. It caught my attention when it flew from one tree to another. It has wonderful white markings in flight which caught my eye and I followed it to find what kind of bird it was. On Sunday morning it spent time in a tree singing many of it songs. The Northern Mocking bird can sing over 300 different songs that it has learned to mock from other birds.
The park was full of new growth, spring flowers and new young wildlife. I enjoyed lots of hiking and exploring to see all the amazing sights the park had to offer in the spring. We certainly enjoyed our first weekend of adventure. We are really looking forward to another fun filled year out with natures beauty. 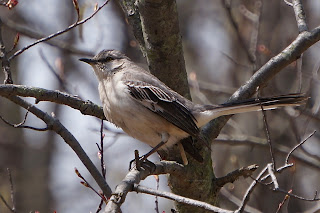 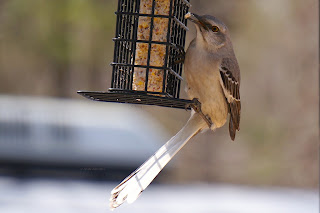 They love to eat suet and have such long tail feathers 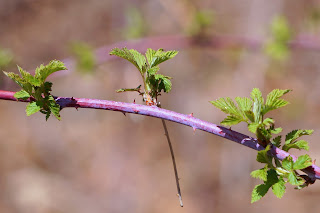 The park is coming to life again 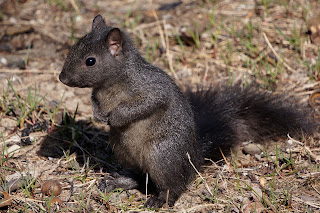 Young black squirrels were out adventuring on there own 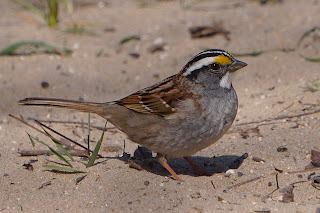 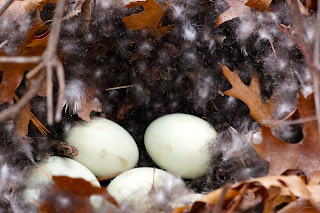 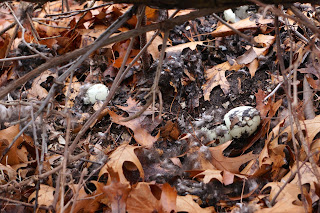 Sunday morning the nest had been destroyed.
I suspect a raccoon found it :( 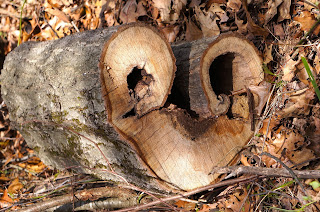 Nature smiling at us in the woods 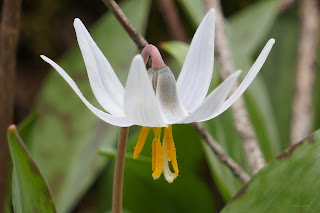 One of many spring flowers 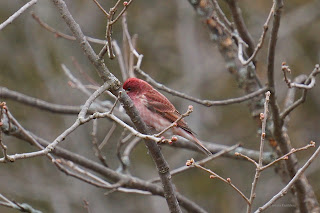 Male Purple Finch, another first for me 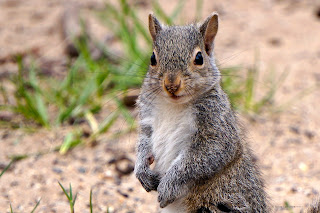 Young gray squirrel posing for me 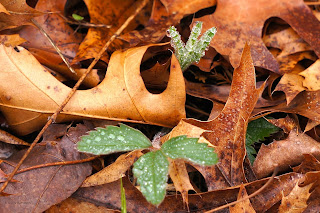 Rain drops on the new growth in the forest 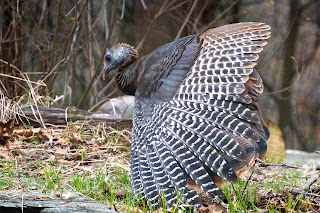 This Turkey was stretching her wings 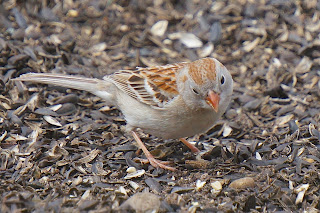 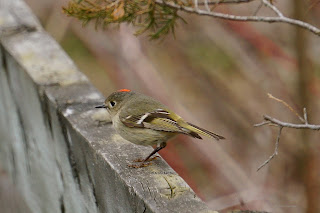 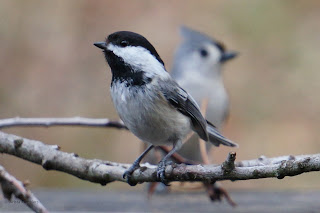 Chickadee with a Tufted Titmouse in the background 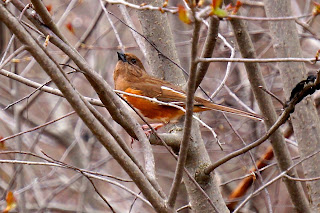 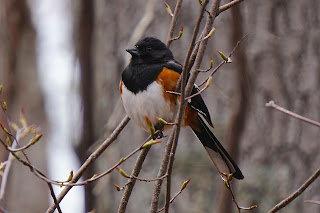 Male Eastern Towhee
His song is so beautiful 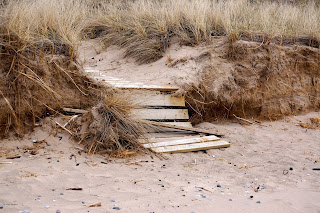 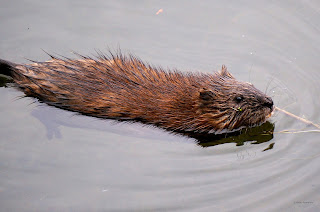 I enjoyed watching the muskrats