Donut town here we come. We arrived to sunny skies but cool winds blowing off the lake. We set up camp and headed into Goderich to place our donut order for Saturday morning pick-up. It has been much too long since we have enjoyed these tasty morsels of goodness! We toured the town and stopped at the pond just north of the park. The Blue Heron was quick to depart but I was able to see the muscrat, the Belted Kingfishers and a few Warblers. After arriving back at camp I went for a stoll before supper. The Wood Thrush was singing its beautiful flutie song and continued to to do so most of the weekend. It was a pleasure to be able to listen to it. We enjoyed bbq'd hamburgers and salads for dinner and spent the evening by the fire. It rained most of the night and into early Saturday morning and the temperatures took a drastic dip.
Saturday we met up with Duncan's brother Rod and Birgit and went to Culbert's Bakery to get our donuts and some other treats before doing some shopping in the square. We then went to Flippin Eggs for a late lunch before driving to Bayfield for the rest of the afternoon. Rod and Birgit had not been to Bayfield before and plan on making another trip as they enjoyed the town and we didn't get to all of the nice shops. We headed back to camp and enjoyed a delicious dinner and spent the evening together. Our dessert of donuts and cookies were truly scrumptious. Thanks for making the trip down from Inverhuron to see us and we look forward to spending more time with the both of you in the near future.
Sunday morning I was up early and went for a three hour walk through the park. It was a little chilly and there was the occasional shower of ice pellets but it didn't deter me. All that exercise made me hungry for the yummy brunch Duncan had made for us. We enjoyed some more time watching and listening to the warblers that were migrating through the park before heading home. It was an enjoyable weekend despite the cold temperatures. 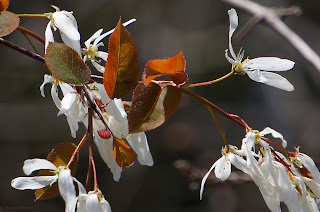 So many trees are in blossom 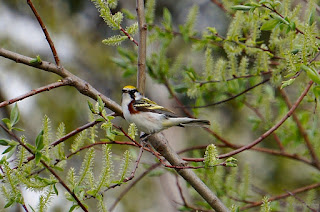 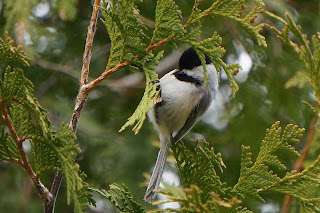 This Chickadee was building a nest 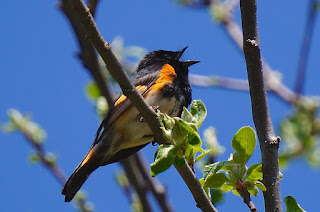 This male Redstart was singing for the ladies 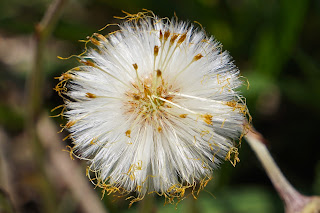 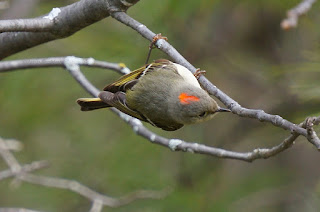 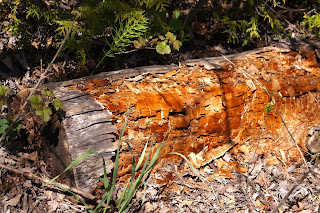 Decaying artwork in the forest 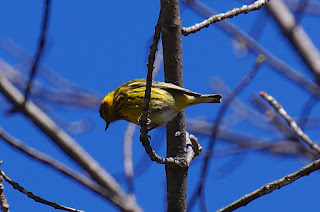 Another first photo of the Cape May Warbler 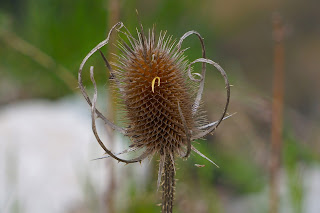 Still standing tall after the winter 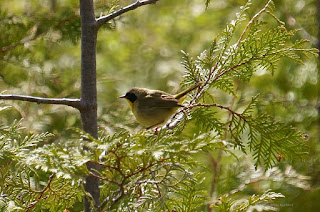 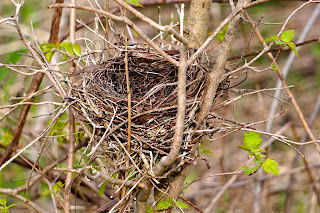 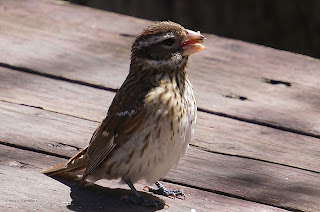 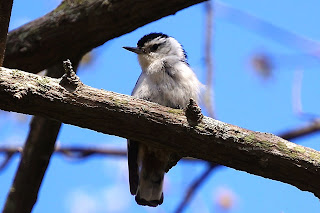 Nuthatch doing some preening in a tree at our site 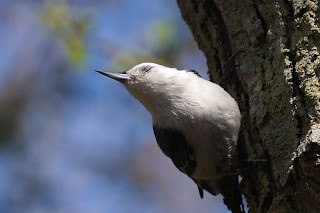 Resting his eyes after finishing his preening 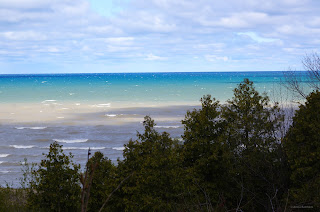 Lake Huron was showing many colours on Sunday morning