We had another wonderful weekend away. Upon our early arrival we set up camp on our usual site and went to town to place our donut order for Saturday pick-up. The water on the lake was quite calm but is still pretty chilly for my liking. There were people in swimming but most were just enjoying time by the water. We were finally able to locate the memorial that was done for the man who lost his life at the salt mine when the hurricane went through Goderich in 2011. Hard to believe that 5 years has past. You would never know that it was so devastating as the town has done an amazing job of rebuilding. On our trip back to camp we stopped at the pond to see if there was anything of interest. The blue heron flew of immediately but I was able to watch two green herons doing some fishing. There was a red-winged black bird that was not happy with my presence but he eventually realized I was not of any harm and settled down. He was just doing his job as his mate was busy feeding the young ones in the reeds. There was a sandpiper busy collecting bugs and flying from side to side at the pond. It clouded over so no sunset picture this evening. We went for a bike ride since we couldn't watch the sunset. We did enjoy a wonderful campfire and listened to our neighbour playing his guitar and singing. He did quite a good job.
We were suppose to get storms and strong winds through the night Friday but we lucked out and it missed us. All we had was some thunder and lightning just before we retired for the night.
Saturday morning I went for a hike before heading into town to go to the market and pick-up our treats at the bakery. We then headed to Blythe Farm Cheese to check out the cheese that they make from goats milk. We were able to sample all the flavours and then chose four to bring home. They were all quite nice. One that we liked was made with nettle and had quite a unique flavour. They have over 500 sheep on the farm but get there goats milk from a neighbouring farmer. We spent the rest of the day at the park. We walked the beach which has shrunk drastically because of the lake level and hung out at camp before enjoying the sunset. The winds really started to pick up late that evening while we sat by the fire so we put the awning in for the night.
Sunday was much cooler but sunny and enjoyable. We had strong winds most of the day and we could hear that the lake was quite rough. We drove into Goderich and spent some time by the beach watching and listening to the waves. I had a hard time holding my camera still when I was getting pictures of the sea gulls fishing in the waves. There weret lots of fish for them to catch in the rough waters. We headed home just before dinner time and it was a windy drive home. Duncan had both hands firmly on the steering wheel for most of the drive. I enjoyed a donut on the way home as I was getting hungry and they were calling out to me to have one while they were still fresh....lol 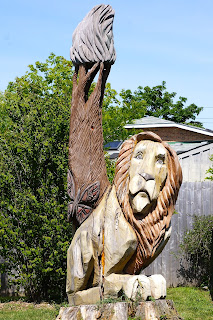 Lion carved out of tree in Lions Park 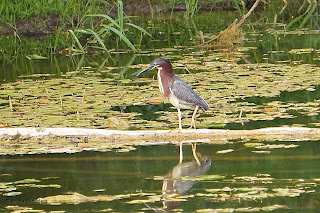 Green Heron at the pond 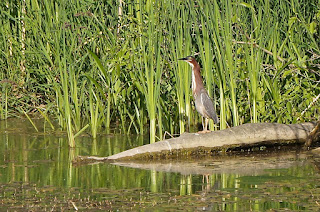 They can really extend their necks for fishing 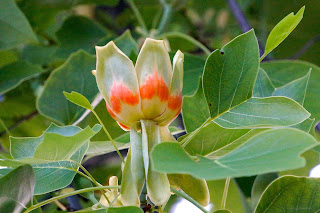 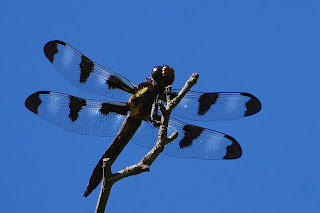 Dragonfly in the morning sun 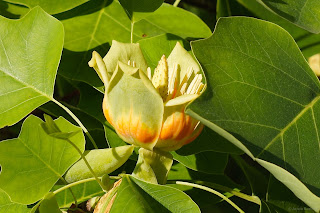 Looking into the tulip tree flower 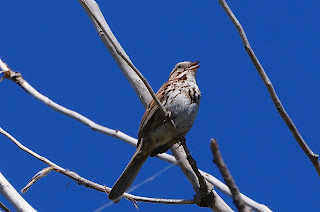 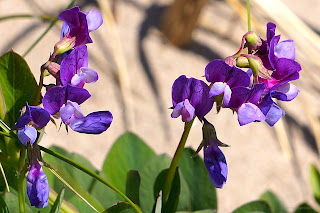 Flowers by the beach 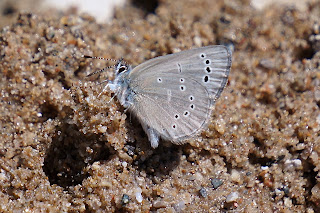 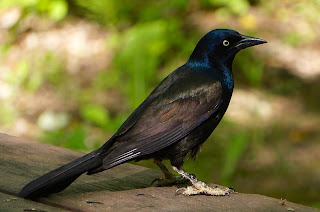 This Grackle has white feet and legs that are rather large It was brave and came to get a sunflower seed 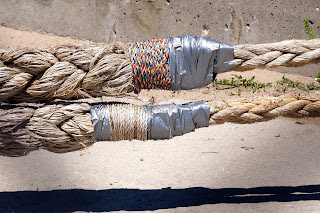 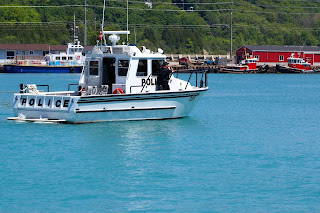 The OPP boat at the Goderich harbour 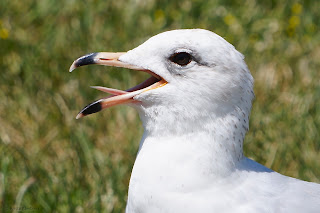 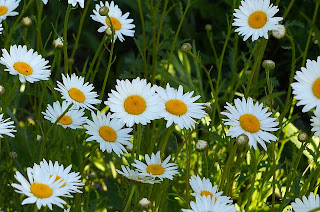 Daisies in the evening sun 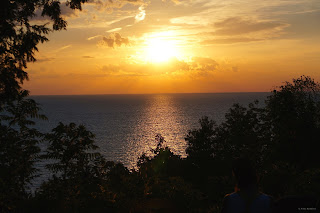 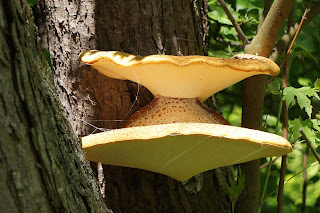 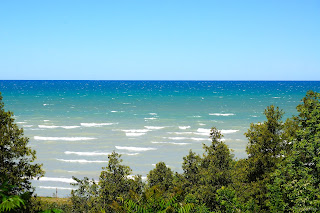 The waters were a little rough on Sunday 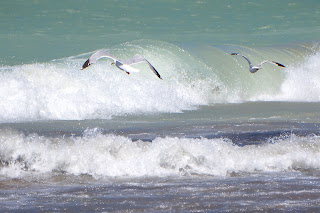 Seagulls fishing in the waves 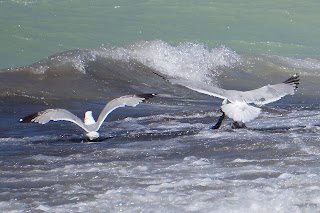 The one on the right caught a fish 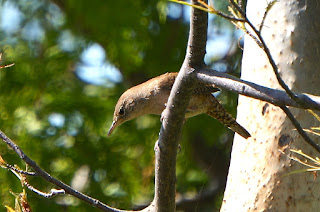 My first photo of a House Wren down by the beach 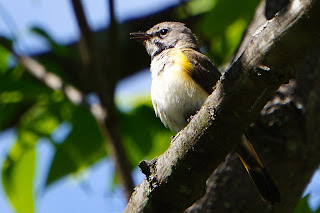