Hazy, Hot, Humid, Humid & Humid was the weather of this amazing long weekend we enjoyed at Rondeau. I would straighten my hair in the morning and by lunch time it would be a frizzy mess. Oh well, I have to admit that I will take that weather over cold any day! It was a great weekend for bird watching as there were many juveniles out and about either on there own or with mom or dad watching over them still. We lucked out as far as the rain goes as we only had one down pour over the weekend on Sunday evening and it lasted just over an hour. We enjoyed lots of biking throughout the park. I didn't do any bush hiking as the mosquitoes were vicious if you were brave enough to enter any of the trails in that area. Saturday Duncan and I  traveled to a blueberry patch and picked about 18 cups of delicious blueberries plus the ones we enjoyed as we were picking. They were so sweet that it was hard not to eat while you were picking. At our site we had a number of birds come and visit throughout our stay as you will see from the number of photos I have posted. We had three young Downy woodpeckers come a few times and we were able to watch a male Northern Flicker as it collected bugs to feed his young one. The thing that surprised me the most over the course of the weekend was a young robin flew in and enjoyed a few of the peanuts that I had out for the birds. I am not sure if he just saw the other birds doing it and decided to try it or what it was thinking but I have to admit it was a first for me to witness this. There were a number of swallowtail and monarch butterflies flitting about throughout the park. It was nice to see so many monarchs since they are in decline everywhere. Monday morning all of the animals and birds in the bush behind our site were squawking and carrying on for quite some time but I was not able to figure out what got them so upset. It was a good thing for me as they headed to the edge of the bush and I was able to get some wonderful shots of them with their feathers all ruffled. We enjoyed a wonderful long weekend away despite the very humid weather. I would say we both lost a few pounds with all the sweating we endured throughout our restful time at Rondeau. 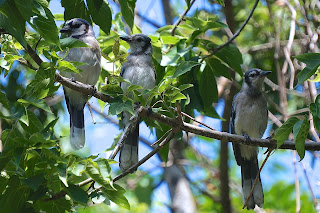 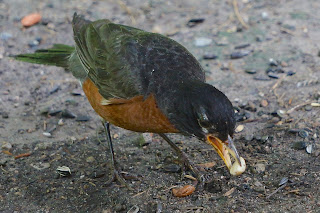 A first for me seeing a robin eat peanuts 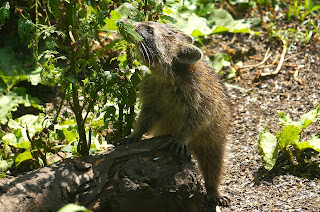 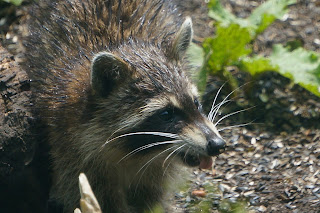 Licking it chops after a snack 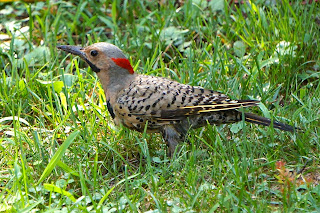 Male Northern Flicker at our site 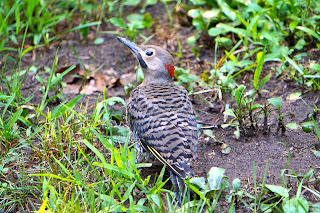 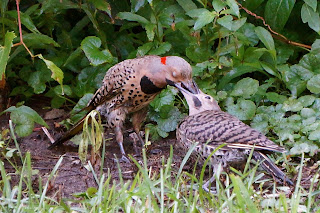 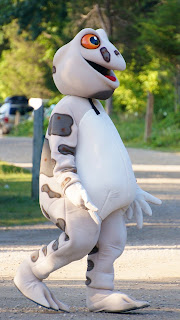 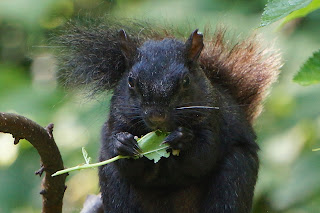 This squirrel was enjoying the fresh greens 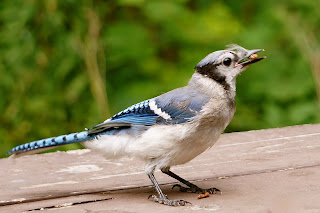 AAchooooooo, feather in my nose..... 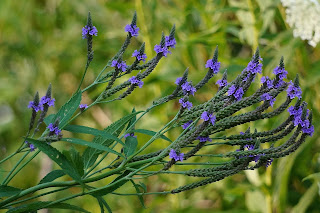 Flowers in the evening light 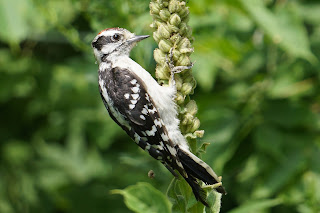 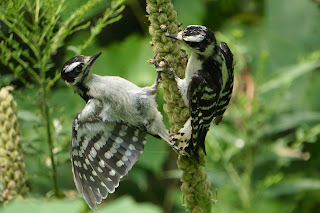 Two young females vying for their spot to eat 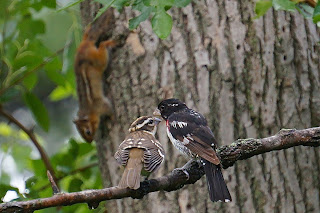 I was photo bombed by the chipmunk....lol 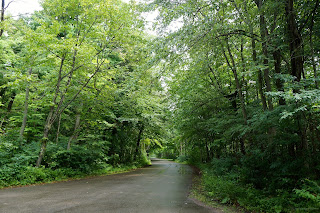 Everything is so lush and green 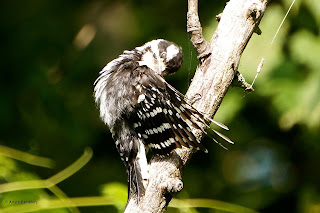 Time for some preening after a bite to eat 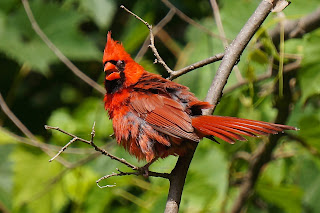 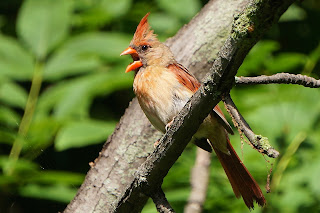 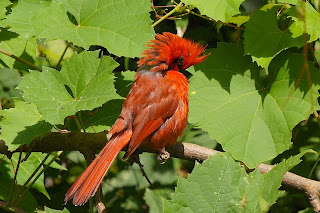 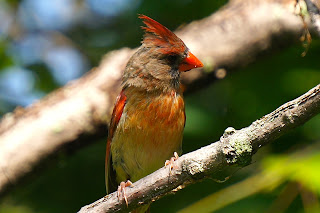 Things have quieted down in the forest 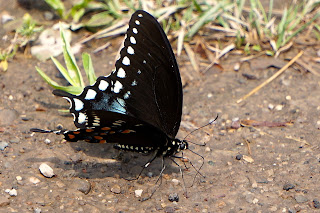 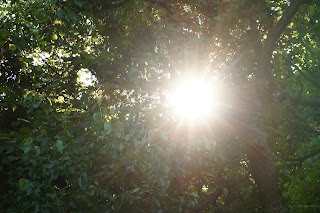 Saturday sunset through the forest 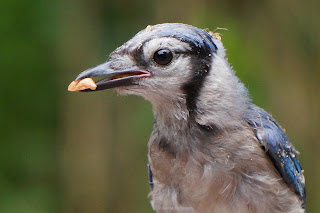 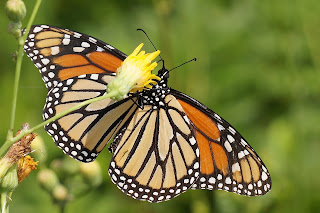 Nice to see the monarchs fluttering about 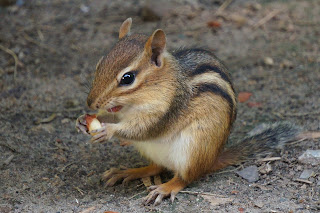 Chippy removing the skin from the peanut 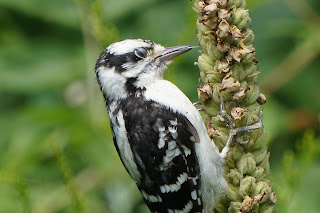 Inner eyelid closing and tongue out 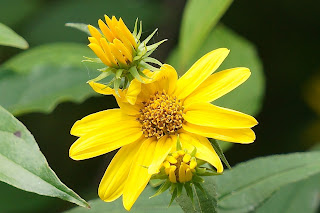 These flowers were a nice bright attraction 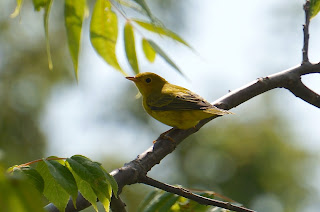 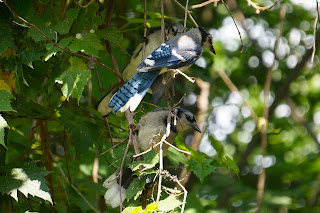