I was able to enjoy the presence of the White Winged Crossbill for a few days again. He has such an amazing amount of colours on him. He's a rather skittish bird so I had to be quick with the camera button to get any pictures of him. He did co-operate and I have a few memories of my time with him. 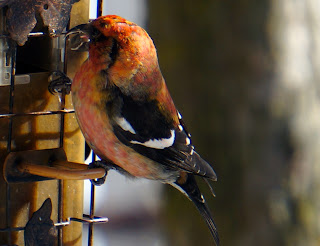 He has a seed on the end of his tongue 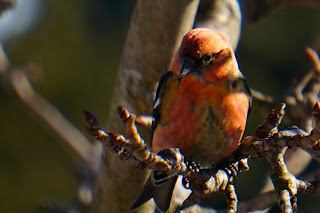 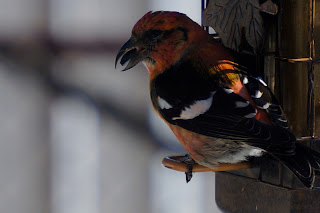 A nice view of his back and his wing pattern 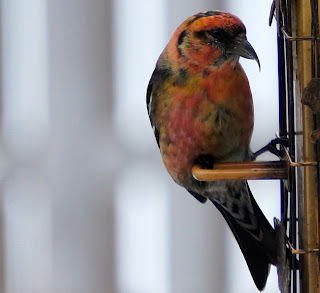 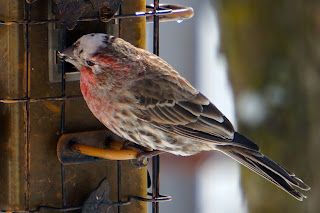 Leucistic House Finch
This fella is missing some of his colour on his head.
This is due to a genetic disorder that affects his
ability to colour his feathers. 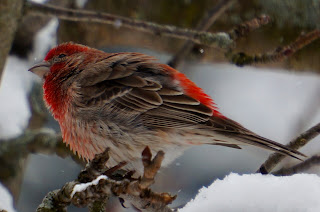 This House Finch is showing off his intense mating reds 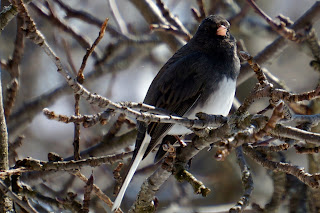 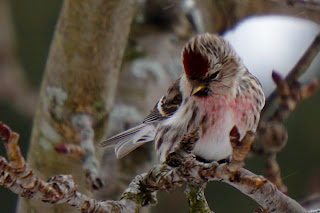 My little Red Poll is posing for me!!